XAVIER BOARD OF HIGHER EDUCATION IN INDIA (XBHEI)

Xavier Board of Higher Education in India was established in May 1951, by eminent educationists of that time at a meeting held at St. Joseph’s College, Bangalore. Bishop Severin, the then Chairman of the CBCI Commission for Education, blessed the endeavour of the pioneering stalwarts to create a national organization to federate the welfare of Catholic institutions affiliated to Universities in India. Fr Jerome D’Souza, SJ; Fr M. M. Balaguer, SJ; Prof. V. V. John, Fr. John Misquitta, SJ, and Fr. John Vallamattam took the lead to bring together all the Catholic colleges in India, and to co-ordinate their activities to uphold Excellence, Gospel Values and True Leadership through higher education. They visualized that the people of our country in an Independent India must be imbued with excellent skills and human values, as well as committed to national development.

Following is the extract taken from the Diamond Jubilee Souvenir by Dr. Alfred Mascarenhas, President, Xavier Board (1995-2001)

From 1951 to 1960, constant endeavor to define and deepen the objective of Xavier Board was made, which at that time centered mainly on discussing the thrust of Catholic Higher Education Institutions, and writing the Constitution.

In 1954, a course on religious instruction “History of SALVATION” was launched and the thrust was towards building religious and moral instruction with training of teachers and dialogue with the government. During the years 1951 to 1960, the Xavier Board received warm appreciation and encouragement from the Church authorities. The Govt. of India frequently consulted XB on important matters such as Women’s Education, NSS for students, Health Service in Educational Institutions, etc,.

From 1962 to 1974, with Sr. Moira, AC as Secretary and the Secretariat in Mangalore there was an increase in the number of colleges to 73. There was great collaboration with the AICUF. Through the sessions of Vatican II, there was a shift towards participation and witnessing and strengthening the values of large numbers of students of other faiths in our colleges. Preliminary discussion were held towards a Chair of Theology in one of our Universities. A course on Theology was started in May 1967 and a course on Marriage and Family Problems too.Xavier Board fostered the birth of the ecumenical sister organization AIACHE in 1967 and decided to work in collaboration with it. In 1970, Xavier Board encouraged the colleges to undertake self -assessment leading to designing of new programmes. Special efforts were made towards the Teaching of Religion.Attention of the colleges was drawn towards the rights of minorities being contravened by some Universities.In 1973, attention was drawn to the task of religious and moral education, which formed the major concern of Xavier Board. A first version of the Constitution was approved in 1974, stressing more on regional and a search for social justice through education.

The next phase, with Sr. Hedwige AC as the secretary, celebrated the Silver Jubilee of the Xavier Board in 1976 and after rethinking and reflection defined the goal of Xavier Board towards the Catholic mission, focusing on Spiritual programmes, retreats and prayer groups. Family Life Education programmes were conducted as a part of moral education. Scripture study and training courses for staff and students were instituted. Xavier Board headquarters was moved to Bangalore and the Board was registered under the Societies Registration act in 1985.

Xavier Board kept vigilance over minority rights of educational institutions and filed an interventionin the Supreme Court together with other institutions. The membership increased to 125 colleges. New premises were purchased for the permanent Secretariat of the Xavier Board.

At various points in time, consultations and discussions were held on relevanceof the Xavier Board and the need not to duplicate the programmes conducted by AIACHE.

The fourth phase from 1989 to 1995 was guided by Sr. Stella Maria CMCfollowed by Dr. Sr. Helen Vincent FMM as the Secretaries. Through project funds, special youth programmes were initiated and projects in 70 colleges were subsidized. A new project on ‘Non Formal Education of Women’ was developed for deprived women from rural and urban poor sectors. Over 75 Faith Formation projects were conducted in colleges. 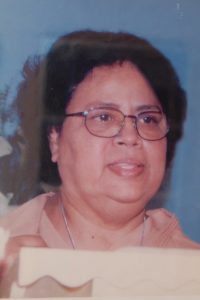 The fifth phase from 1995 to 2001with Sr. Ezechiel CMC and Sr. Beatina Mary OSM as Secretaries, started with redefining the thrust areas at the Goa meeting, as faith formation for both students and teachers.

The National Youth Campus Ministry was supported in their programmes in North and South India and at the National Campus Meet.

Regional meeting were stimulated and conducted in many regions, where issues of regional importance were discussed.

The Xavier Board functions at three levels

Since celebrating its Golden Jubilee in 2001, Xavier Board stands with greater vigour for Gospel Values, Excellence and Leadership Training (GEL) in higher education.

As on July 2017, Xavier Board has 195 Life Member colleges and over 150 Ordinary member colleges on its Membership role. We are proud that the Church in India is held in high esteem and respected by the Central and State Governments, Academics and the public because of the Catholic Church’s contribution through institutions of higher education, health services and other humanitarian services. Many member institutions of Xavier Board are graded the best in India. Many of these institutions are accredited by NAAC with A or A+ grades. Many of them have been awarded the ‘College with Potential for Excellence’, ‘College of Excellence’ and ‘Autonomous College’ status. Christ University Bangalore, owned by CMI Fathers, became the first Catholic Deemed to be University and Assam Don Bosco University, Guwahati, Assam, owned by the Salesian Congregation, became the first Catholic State University in 2008. Today,

Xavier Board of Higher Education in India,
No 31, Primrose Road,
Bangalore, Karnataka - 560025.

How to Reach Us

Copyright © 2021 Xavier Board of Higher Education in India, All Rights Reserved. | Powered by Boscosoft Technologies